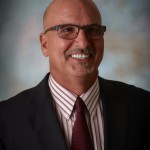 One of the latest trends in the Florida malpractice insurance market is companies from out of state moving in to write policies for local physicians. What they don’t understand, according to Matt Gracey, managing director, Risk Strategies, Danna-Gracey, is that it’s not as easy as it looks.

“There’s a whole movement of new insurers to Florida; some of which have been established in their own areas for quite some time,” he said. “They think if they can do it in Chicago or New York, they can do it in Miami. But they are facing a very challenging road, to say the least.

“They believe that coming to southern states with high insurance rates will help them quickly capture premium dollars to improve their bottom lines,” he continued. “They forget about the complications of dealing with claims in the Deep South, just as Civil War carpetbaggers forgot about the issues facing them way back when.”

According to Gracey, as the market for malpractice insurance hardens significantly around the country, companies are looking for new ways to increase profitability, including finding new markets to target.

“Prices are going up because claims are starting to become much worse in a lot of states; the claim severity—or measure of what judgments and settlements are—is ticking up as well,” he said. “Most malpractice insurance companies have lost money in the last couple of years as claims have ratcheted up, so they’re looking to write new policies to stay afloat.

“What these companies do not understand is that one of the reasons that we have such high malpractice insurance costs in Florida is because the jury pools are extremely favorable to plaintiffs,” continued Gracey. “In fact, if you Google ‘judicial hellholes,’ Miami Dade County comes out in first or second place nearly every year.”

Buyer Beware
Gracey warns that the problem for those buying malpractice insurance is that there isn’t a lot of transparency with how claims are handled by each company, except in the state of Florida.

“Florida’s Office of Insurance Regulation does an annual malpractice insurance company report that we encourage doctors, CEOs and
administrators to read,” he said. “Check out what each company is doing in the state as far as defending their doctors—what claim and loss ratios are, and in particular, how many claims they actually deal with and how many are taken to court.

“Because doctors don’t really know what they should pay for malpractice insurance, they are susceptible to low-ball pricing and bait-and-switch tactics,” he added. “There is a very strong, small group of companies who defend a lot of doctors in Florida, and a huge list of companies that defend very few doctors in Florida. They make that up by offering good pricing, hoping to entice people who have not done their research.”

Gracey adds that it all boils down to the fundamentals.

“What’s their experience? Are they financially sound? Are they going to treat their doctors fairly?” he asked. “Even if all of these boxes are checked, if they don’t have experience in our courtrooms or with settlement negotiations and trials, their expertise will be challenged at best.”

He noted that companies new to the state often overstate their experience level in Florida as well as how heavily they have been involved in defending doctors and hospitals in malpractice suits, which would highlight their lack of knowledge of the state’s jury pools. While they may hire lawyers in-state, their claims management departments are still located outside Florida, with little to no experience of how to defend complex cases in Florida.

“Unless a company has a lot of experience with jury pools in Florida—one of the toughest venues in the country—you have the recipe for a very inadequate claims defense,” Gracey summarized. “Choose wisely, and make sure that your insurance company has a wealth of local experience.”